1. I was born Amy-Lee. My name is now officially Ames (pronounced AYMZ, not AH-MEZ), as that’s what everyone calls me. Plus, Amy-Lee always made me feel like I should be wearing flannel shirts and cowboy boots.

2. I actually really like cowboy boots. I have huge feet (like, size 10! And really broad), so hate wearing anything but these, really. When I am getting ready to go out, I always try for different pair of shoes, and ALWAYS, right as I’m walking out the door, I switch for the boots. Life is too short to give a stuff about what’s on your feet!

3. I have lived in some pretty rad places – I grew up in the beautiful Blue Mountains, and have also spent significant chunks of time in Sydney, Byron, Stradbroke Island, Bali, and of course, Brisbane. However, I also briefly lived in Tamworth (when I was 2). Maybe that’s where the boot thing comes from.

4. I am SUPER passionate about organics. It’s one of my hugest pet peeves when places claim that they are organic, and actually aren’t, or are a bit blasé about the whole thing. I am so pedantic about it that I will do ridiculous things like this:
Do you know that you cannot actually get organic unsalted, shelled pistachios here? When I use pistachios, I shell them, soak them in filtered spring water to remove the salt and activate them, then rinse and dehydrate until they are crunchy again. This is why they are generally only used as a garnish by me!! If I want to make something but can’t get the right organic produce, I make something else. Simple.

5. I had a pet sheep when I was 2 years old. His name was Griff. We used to head butt each other. My mother believes this sheep is the reason I insisted on vegetarianism from a very early age. 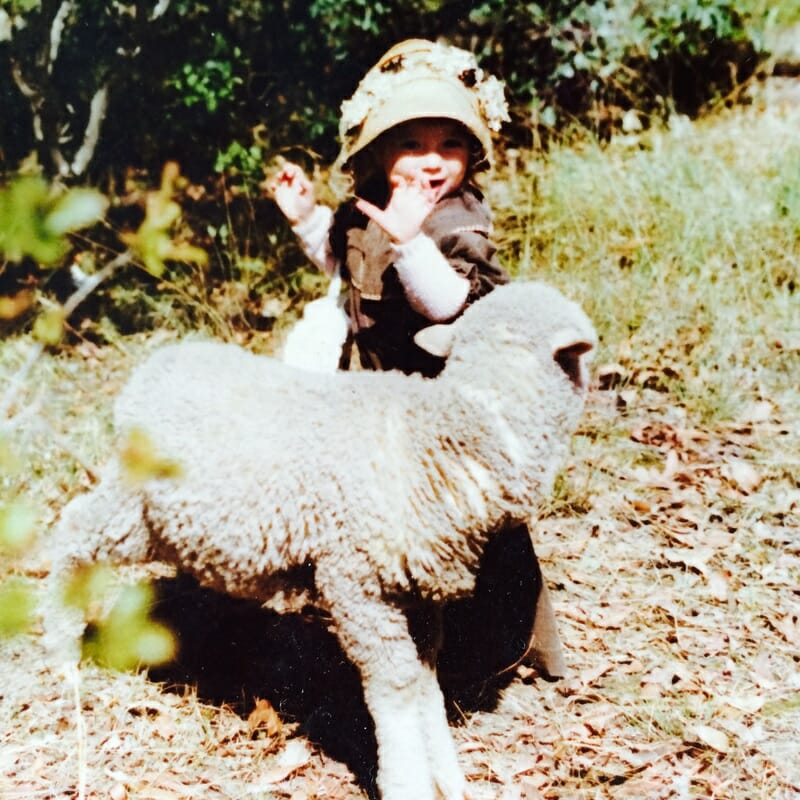 (I also used to like dressing up – my parents didn’t actually dress me like that. Just so you know. Also, this is my most favourite picture taken of myself, ever).

6. India has changed my life on several occasions – not just because I got to see cartoon penguins in my hotel room (but that was cool: they were really short, and covered in moss, and eating chunks of brie cheese. They just dropped in to tell me I had typhoid).India was also where I met the people who introduced me to the whole raw food thing! And, in a round about way, typhoid was the beginning of Raw and Peace. So, yay, thank you very much typhoid!

7. I don’t eat a whole lot of the food that you see on here, or at the markets! I eat a high raw diet, but opt for more fresh foods than my treats. Raw and Peace food is like junk food for health foodies – while it is certainly better than processed treats, it is still incredibly rich food and should be eaten in moderation. Having said that, yes, it is TOTALLY acceptable to eat pizza and vanilla slice for breakfast on Sundays. In fact, we encourage it. 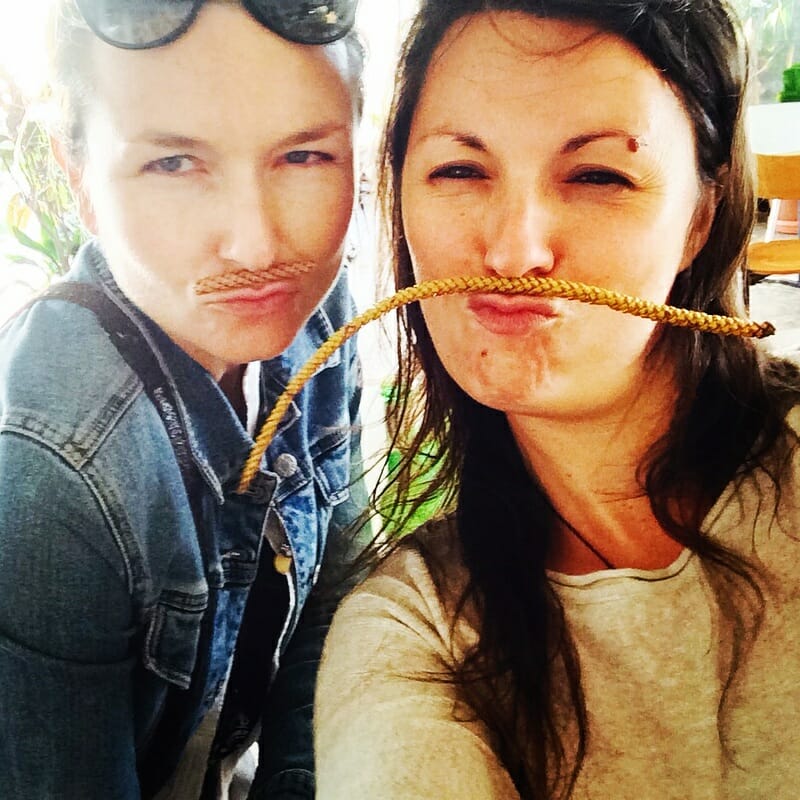 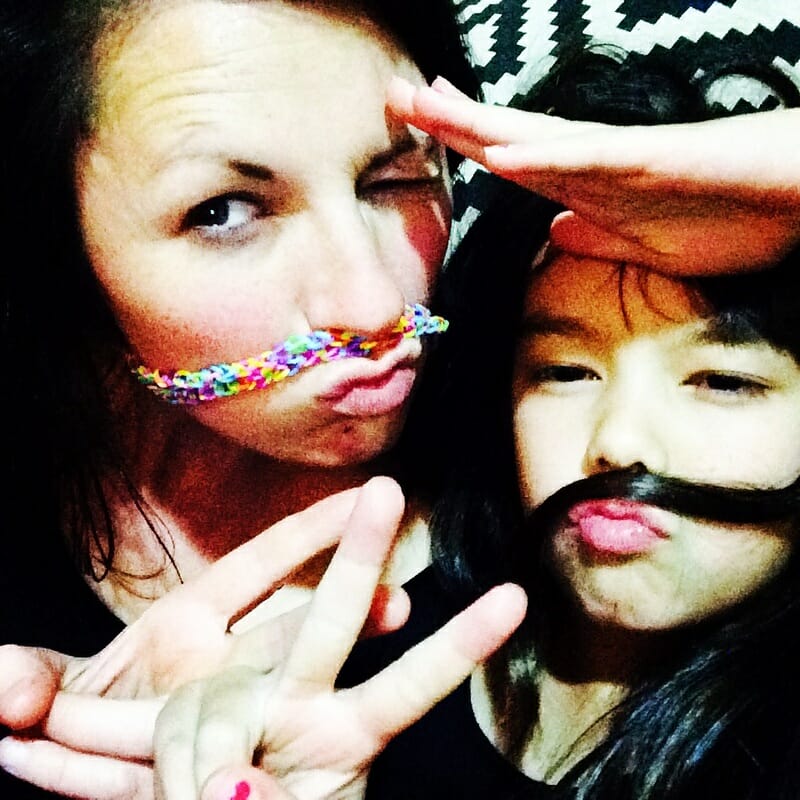 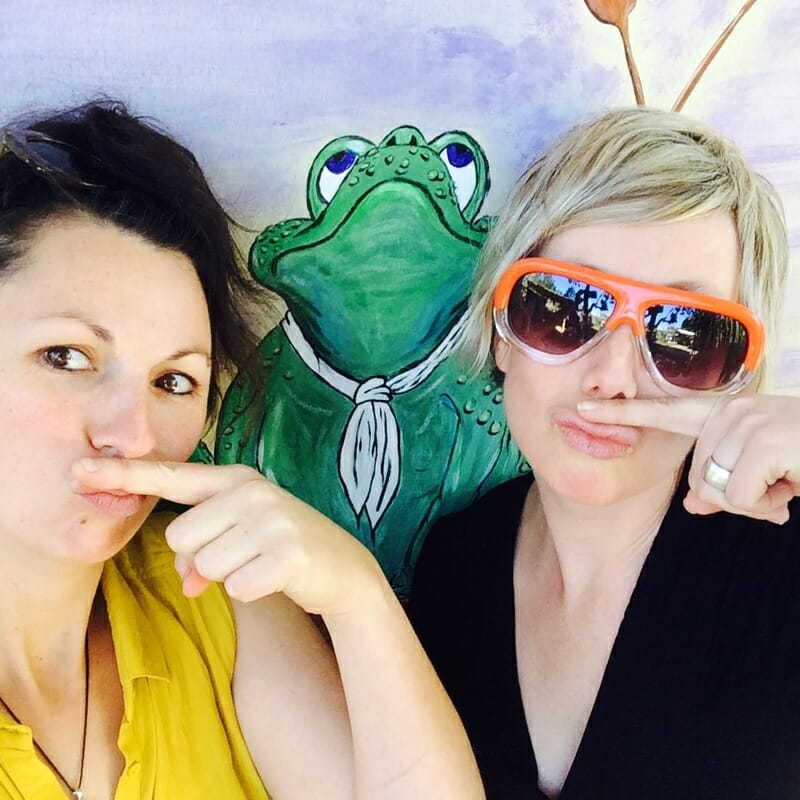 10. Well, I’ve told you about the moustache thing, so maybe that’s enough for now 😉